BENTONVILLE, AR - 2020 feels like living in an episode of The Jetsons. Decades ago, we would have never expected to see phones that recognize your face, accessories that monitor your heart rate, or cars that quite literally drive themselves. For our industry trailblazers, however, evolving technology is vital to expansion. One retailer is no stranger to this, as Walmart announces a new milestone, expanding its partnership with Gatik to carry out a driverless supply chain operation in Arkansas.

The company began the autonomous vehicle pilot last year, where the vehicles operated on a two-mile route between a store that is not currently open to the public and a Neighborhood Market in Bentonville, Walmart revealed in a press release. Now, more than 70,000 miles later, the retailer will be working even harder with Gatik to stay on top of the use of driverless vehicles in the industry. 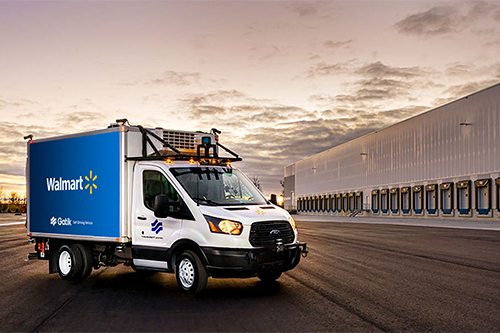 The pilot is being expanded to a second location, where a longer delivery route will be tested, and the autonomous vehicles will be used to deliver items from a Supercenter to a Walmart pickup point. The operation is set to begin next year on a 20-mile route between New Orleans and Metairie, Louisiana, allowing shoppers who live further away from the New Orleans location to enjoy the benefits of the retailer’s popular pickup service.

Just how far will this company go with nobody in the driver’s seat? Keep checking with AndNowUKnow as we find out.