BENTONVILLE, AR - In November, Walmart announced it would double its footprint in China by opening about 500 new stores and delivery depots in five to seven years. Shortly after, news followed that the retail giant partnered with JD.com to debut a new lifestyle format. Now, recent reports surfaced that Walmart plans to expand its members-only warehouse banner, Sam’s Club, in the huge market. Currently, the retail giant operates 26 locations; however, an ambitious growth plan revealed plans to operate 100 stores by 2028.

According to Bloomberg, people familiar with the matter stated that the Bentonville, Arkansas-based company told its employees about the goal in a townhall meeting on Wednesday. Unlike its no-frills, bulk-buying approach in the U.S., the Chinese version of the chain sells higher-end, imported groceries to middle-class consumers. Revenue at Sam’s Clubs has grown at a faster pace than the company’s separate network of over 400 Walmart stores selling basic groceries locally. 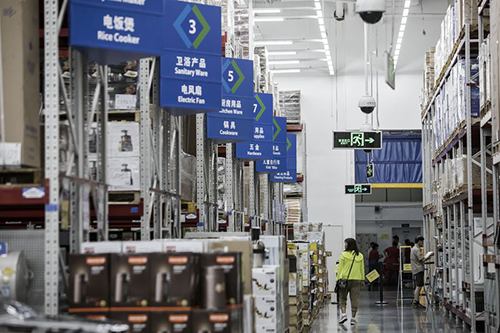 The news source further noted that, with Chinese consumers buying more staple products to cook at home and avoid restaurants following the recent pandemic, Walmart saw a comparable-store sales increase of 11.7 percent in the Asian nation. Likewise, e-commerce sales rose by 160 percent for the quarter ended April 30 compared to the same period a year ago. Finally, Sam’s Club saw double-digit sales growth in China in the same quarter, according to a company presentation.

AndNowUKnow will continue to follow the retailer’s path as we watch to see how this plan for growth might affect Walmart’s Stateside strategy and market reach.