CHINA – If you think you’ve been upping your productivity game lately, this new watermelon variety is begging to give you a run for your accomplishments with its latest award. The single plant was recently awarded a Guinness World Record title after yielding an impressive 131 full-sized fruits.

This new prospective “super plant” variety was developed by researcher Zhu Xuegang and his research team in Xizheng, China. The plant is different than its varietal brethren as it brings all of its watermelon seedlings to term, instead of terminating most of the fruits in order to boost the strength and quality of just a few. 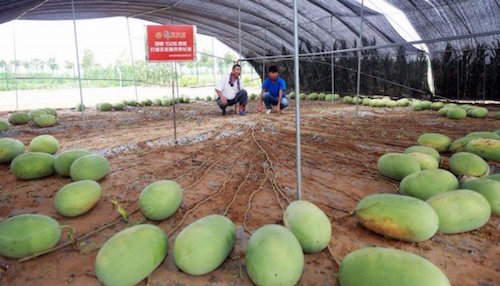 According to Oddity Central, this plant, currently named the Tianlong 1508, not only brings a shocking amount of watermelons into the world, but develops them with a typical average weight of 22 lbs. The smallest watermelon produced from the plant weighed in at 11 lbs., with the largest producing a shocking heft of 41 lbs.

The research team, from the Zhengzhou Research Seedling Technology Co., Ltd., also said the Tianlong 1508 boasts a high resistance to disease, as well as the ability to thrive in sandy soil. 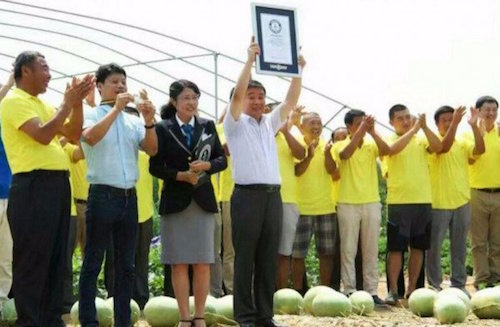 Xuegang divulged that the key to the productivity of the melon lay in the temperature used to nuture the plant. Instead of using cold water, his team installed water tanks on the site so they could monitor the temperature of the water which was mixed into the fertilizer.

The most work Xugang and his team had to do to aid in the plant’s growth once it flowered? Untangle the vines every morning for proper watermelon development.

Check out the video above to see more of the infamous plant.

The plant was grown on a 100-square-meter plot, and produced the record amount of watermelon over a mere 90 day period. Xuegang has not yet stated whether the most productive watermelon plant on Earth will be developed for commercial use. 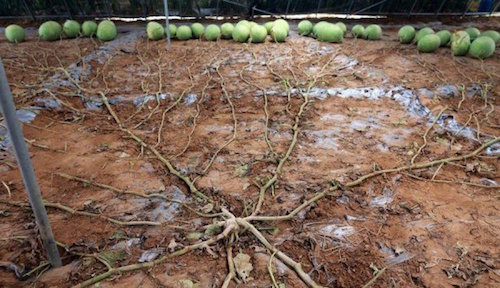 My favorite part of the plant? Extending its lanky arms to let its vines cover the entirety of the surrounding area, the scene seems to combine two great passions of mine; science fiction and tasty watermelon.

As science and fresh produce continue to merge, stick with AndNowUKnow for the latest results.