IRELAND - Daniel Johnson has a green thumb, but a bad sense of what he’s growing.

The 34-year-old swears he thought that the four fields totalling 19 cannabis plants were actually supposed to be tomatoes, though why the smell- or the lack of tomatoes- didn’t alert him to something being a little off, we aren’t quite sure. 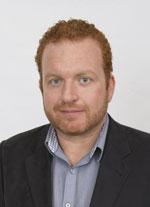 To his credit, Johnson reportedly has no history of drug dealing or any kind of convictions. Who knows, maybe this is an easy mistake? So just to make sure, we asked Jeremy Stockwell of Double Diamond: Is there any way you could confuse a cannabis plant with a tomato plant?

His response was swift. “No way.”

The Irish Times reported that Johnson found a “tomato plant” in a pollytunnel several fields from his newly-rented home, and decided to have a vegetable garden by collecting the seedlings and planting a few plots in his backyard.

Johnson evidently took the police at their word when they told him his backyard garden was actually a pot farm, agreeing to go in to custody and plead guilty to unlawfully cultivating and possessing cannabis. It turns out the judge on the case agreed, with a comment about as skeptical as we are.

“This is the matter where the tomato plants miraculously converted themselves into cannabis plants,” Judge O’Conner surmised, according to the report.

“With the aid of holy water,” Padraig O’Connell, Solicitor (Defense) for Johnson, replied.

Holy water. Holy water? Not your standard courtroom conversation, I hope. But then, we are talking about miracle tomatoes.

The brief trial took place at District Court level and Johnson was given an eight-month sentence, though his conviction is suspended for two years. On the condition he doesn’t grow anymore illegal drugs, of course.

Hopefully this time he can tell the difference.