FISHERS, NY - Partnering up for the 20th year, the New York Apple Association (NYAA) and the TCS New York City Marathon will be providing New York-grown apples to participants in the annual event. The crunchy snack will be given away at the marathon’s finish line, at several related events, and to race volunteers by the dream team. NYAA is set to bring a whopping 81,840 locally grown apples for the marathon and sponsor 15 runners, some of which are members of the Rochester, NY, area police and fire departments. 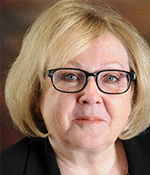 “Apples are an iconic New York fruit, and the marathon is an iconic New York event. This is a match made in heaven–we are thrilled to have the opportunity to be a continued sponsor of this event,” said NYAA President Cynthia Haskins, in a recent press release.

As it is the premier event for the New York Road Runners, over 50,000 runners from all over the world will be hitting the streets to participate in the marathon this Sunday, November 5th. NYAA is showcasing the state’s apples, which are more than just sentimental; the well-established partnership offers apples that are from a local source and logical choice for carbohydrates and fiber for added energy, as well as fluid for hydration. NYAA’s apples are a way to help the runners’ exercise throughout the race.

“New York state really is the Big Apple,” added Haskins. “Our state grows more apples than any other state east of the Mississippi River. New York state also has the perfect climate and geography for growing apples, and that shows in the flavor and quality of the fruit. Race participants will enjoy the best-tasting apples in the country, hand-picked right in their backyard!”

Runners will be biting into NYAA's apples and marketing. The slogan “Health to the Core” is being promoted on NYAA advertisements in the marathon’s official program, Runner Recovery Bag presented by the Hospital for Special Surgery that is received by all runners, wayfinding towers in the marathon’s start village, and 2017’s TCS New York City Marathon Official Results Magazine. On top of the advertisements, which will be seen throughout the event, NYAA will be providing 5-second public announcements at the marathon expo, which is presented by New Balance. 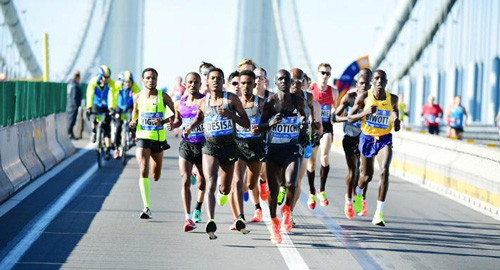 NYAA is on its mark, its set, and its going to ensure that the sponsorship will reach as many audiences as possible. It will be using a marketing technique to target both traditional and new media outreach options. Included in the Association’s sponsorship are local TV advertisements that will be run leading up to and during the major sporting event. With more than 30,000 followers on Facebook, NYAA will be capitalizing on new media platforms about its sponsorship role.

Good luck to all of the runners who have made training for this marathon the apple of their eye!

For more news on the New York Apple Association and the fresh produce industry, stay tuned into AndNowUKnow!