Watermelon Sells for $2,000 at Japanese Auction

TOKYO, JAPAN - I’m just thinking out loud, I don’t know if I could ever go without...watermelon! Though these are the words of Harry Styles’ summer smash “Watermelon Sugar,” they are also incredibly applicable to how many of us feel about one of the largest fruits in the produce aisle.

Over in Japan, one particular fresh produce shopper really couldn’t go without a certain Densuke watermelon, which they purchased from an auction for $2,000. Although this is technically a lower price point than usual by about 70 percent—if you can believe a whopping $2K is low!—that’s still quite a stack to throw down for the beloved fruit. 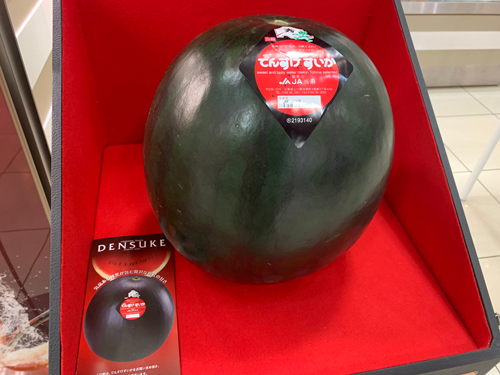 According to The Wall Street Journal, this pricy melon was grown in northern Japan—and if you’ve been a staunch supporter of ANUK, then you know that this is par for the course for this country. In the past, we’ve reported on $4,488 mangos and upwards of $29,000 melons.