So you’ve got your hotel reservation, flight tickets, and maybe a rental car lined up. Now all that’s left is to cram your clothes into a standard-size suitcase. If you’re a frequent traveler, packing is probably one of your least favorite parts of your trip – I know it’s definitely one of mine! With these four tips and some clever planning, you won’t need to wrestle your luggage shut any longer.

Time to get packing. Shoes, purses, and other awkwardly shaped items, like toiletry bags, should be placed around the perimeter of your suitcase. You can also maximize space by putting smaller items like socks into your shoes. 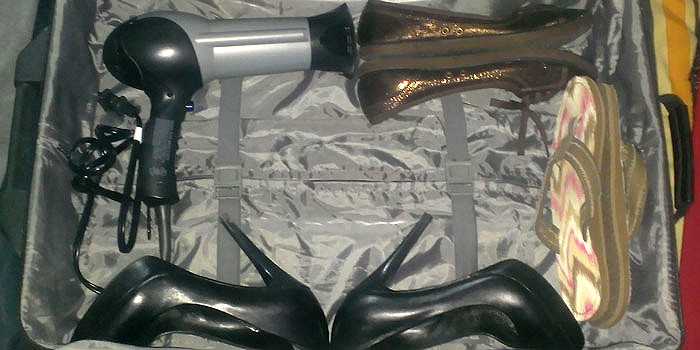 Your next layer should consist of heavier items such as jeans or sweaters, and then lighter clothes like t-shirts.

Consider rolling some of your clothes if you need more space. Organize them by type (t-shirts on top of t-shirts, underwear on top of underwear, etc.) and roll them up as tightly as possible. If your rolled items aren’t packed tightly, they may unroll and wrinkle while in your suitcase. Keep them as flat as possible and try to avoid rolling in any wrinkles.

Obviously don’t roll clothes that can wrinkle easily, such as shirts.

Any fragile items that you’re not putting in a carry-on should be placed in the center of your luggage where they’ll be padded by the layers of clothing.

Miscellaneous items, like scarves, belts, or underwear can be stuffed in the nooks and crannies to fill up the rest of your suitcase. For example, you can use a belt to help keep your collar stiff.

Last but not least, place folded dress shirts on top. This will make it easier for you to remove them and hang them up as soon as you get to your destination.

And you’re set! Surviving the airport, on the other hand, is another story altogether... 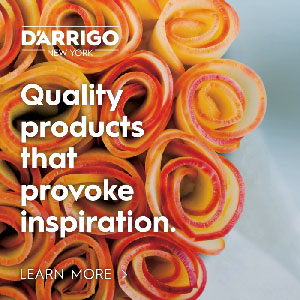