TORONTO, ON - EarthFresh Farms is celebrating more options in the produce department for health-conscious consumers, specifically the launch of its new Carisma potato to the Canadian market. 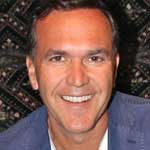 “As a Canadian company specializing in premium produce, we’re focused on growing and distributing healthy and delicious products,” said Tom Hughes, President of EarthFresh Farms. “The health benefits of Carisma make it one of the biggest innovations to hit the produce world in many years and it’s so amazing that we can grow and harvest these potatoes right here in Ontario.”

Farmed from traditional seed and without the use of biotechnology, Carisma has been found to have a lower glycemic response (GR), according to a release, which the company explained means it does not cause the rapid spike in blood sugar that normally comes from eating carbohydrate-rich foods. The non-GMO potato is an offering that pairs well with consumers looking to control blood sugar levels, such as someone with or at risk of diabetes. 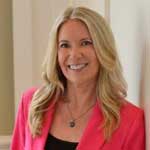 “Glycemic response is reflective of the quality and quantity of carbohydrate in a food, which plays an important role in regulating blood sugar levels,” Jane Dummer, Registered Dietitian and Author, commented. “In addition to regular exercise and portion control, I recommend choosing foods that provide a lower glycemic response as part of an overall healthy dietary pattern. With the Carisma potato, now available in Canada, anyone watching their carbohydrate intake, including those living with diabetes, can have their potatoes and eat them too.”

With strong health benefits, as well as a unique texture and flavor, EarthFresh noted that Carisma is a flavourful, versatile potato that serves as an ideal ingredient for those seeking to explore new recipes featuring potatoes. Watch a video featuring the product below.

Whether mashed, boiled, or baked, the creamy, unique texture makes it ideal for:

Recipe ideas can be found at earthfreshfoods.com.

Carisma potatoes are currently grown and sold only in Ontario, and are available in limited quantities. Packaged in lb poly bags and retail for approximately $6.99 per bag, they can be purchased at Sobeys, Longo’s, Metro, and Whole Foods stores.

We are a Canadian produce company specializing in supplying the retail and foodservice industries with premium fresh...