KINGSVILLE, ONTARIO – Avocados are all the rage these days, with millennials and more getting excited (some more excited than others) about the versatility of the produce fave. Hopping on the popular green fruit bandwagon, North American greenhouse grower Red Sun Farms announced the expansion of its produce family with the addition of Golden Sun Avocados. 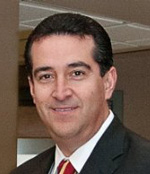 “Consumers and retailers alike already associate Red Sun Farms with the very best in tomatoes, cucumbers, and peppers. Now we have the opportunity to provide them with the highest quality Mexican avocados, produced using the best practices as perfected from years of experience,” Chief Operations Officer Carlos Visconti said in a press release.

The avocados will be produced in Mexico, and distributed through the Red Sun Farms supply chain to service customers throughout North America.

“The avocado market is absolutely booming, and it only makes sense that we would become a part of that. We are confident that this new commodity will be a complementary addition to our existing product catalogue,” Visconti continued.

Red Sun Farms will begin production of the avocados in the second quarter of 2018. Look for Golden Sun Avocados amidst Red Sun Farms tomatoes, peppers, and cucumbers in the grocery aisle soon!

And for more on everything new in produce, keep checking back with AndNowUKnow.