MILLEN, GA – With the first few days of 2017 now under our belts, the industry is prepping for the next series of whirlwind events that the year will bring. Amongst these springtime expos, is the Southeast Produce Council’s (SEPC) Southern Exposure, from March 9-11.

Against the picturesque backdrop of Orlando, FL, Southern Exposure will boast some big news to contribute to its glittering theme “The Magic of Produce.” At the forefront of celebrity exposure will be Willie Robertson, Executive Producer of reality TV series Duck Dynasty, and company Buck Commander.

Robertson will entertain attendees as the keynote speaker with his humorous recounting, and entrepreneurial and brand building experience. Robertson is effortlessly able to combine his passion for the outdoors with his natural ability to entertain. Attendees can expect an example of entrepreneurship and dedication through Robertson, as well as a lesson in putting love, faith, and family first. 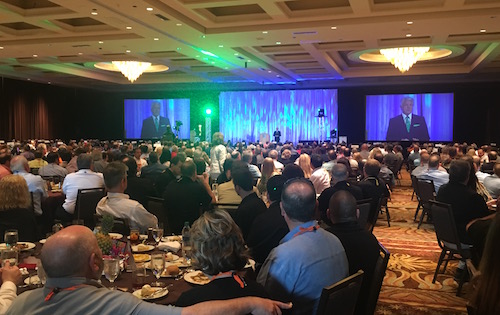 The SEPC is bringing Robertson to the agenda after Southern Exposure’s agenda shifted with a change to its keynote schedule. Tim Tebow announced that he would be unable to attend the event as he is pursing a new career opportunity in baseball and will be required to be with his team at that time.

“We will miss hearing from Mr. Tebow, but are happy that he is pursuing a new endeavor and wish him all the best. He’ll continue to be a great inspiration to all of us at the SEPC and we hope to have him join us in the future,” stated SEPC in a press release. 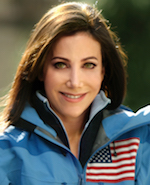 Additionally, Southern Roots will welcome Alison Levine as its speaker for the women’s event. Levine is the Team Captain of the First American Women’s expedition to Mount Everest, as well as the author of New York Times Best Seller On the Edge: Leadership Lessons from Everest and Other Extreme Environments.

“We can’t wait to hear Ms. Levine’s message of perseverance,” said SEPC Board of Directors President and Southern Roots Chairperson, Teri Miller. “Learning about her strength, not only physically, but emotionally will be inspiring to the group, and ideally provide them with a stronger foundation to climb their own 'mountains' in life.”

Levine has overtaken some of the most challenging outdoor environments, which includes climbing the highest peaks on each continent, skiing both the North and South Poles, and also climbing the corporate ladder. Levine’s message for the attendees of the women’s luncheon will include words on leadership development, creating cohesive teams, and developing no-nonsense leaders.

Registration for the event is open now, click here for more information.

See you in Orlando!