SALINAS, CA  – Tanimura & Antle has announced that Brian Antle is taking the helm as President of PlantTape USA. PlantTape USA is the organization’s automated transplant technology company, and Brian will be assuming this leadership position during this year’s commercial rollout of the innovative equipment.

“We are lucky to have someone who has been as close to this business and who understands the opportunities inherent in this technology to assume the leadership of PlantTape at such an exciting time for the company,” said Rick Antle, CEO of Tanimura & Antle, according to a press release.

Brian began his career at Tanimura & Antle in 1996 on the East Coast, harvesting with Dulcinea Farms. Following his graduation from Cal Poly San Luis Obispo, Brian held a number of positions from the farm to the cooler and harvest operations. Most recently, Brian served as Vice President of Harvest and has been instrumental in the development of advanced harvesting technology. 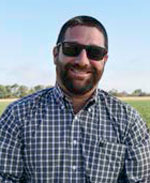 In other promotions, Nick Sgheiza has been promoted to Senior Director of Harvest Operations. Another Cal Poly graduate, Nick has been with Tanimura & Antle since 1999, serving in a variety of harvest focused leadership roles. Most recently, he was managing the company’s Artisan Red Onion operations. 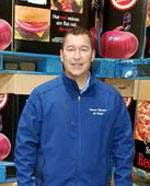 Taking over this operation is Caesar Romero, now Director of Onion Operations, who has been with the company since 1987. Caesar has held a variety of roles with the company, most recently as manager of the Artisan Red Onion shed operation and he’s ideally suited to assume leadership of the entire operation.

“I’m thrilled to have Nick and Caesar move into these new roles,” said Timothy Escamilla, Chief Operating Officer. “Both have served the company for so long and in so many parts of the company, the breadth of knowledge of the company and the industry that they bring is a tremendous benefit to us.”

Congratulations to Brian, Nick, and Caesar in their new roles!