SALINAS, CA - Sitting poolside, munching on celery stalk after celery stalk, is my ideal summer vibe. And, as we continue to make our way through the six-month Salinas celery harvest season, that vibe is more of a reality thanks to Duda Farm Fresh Foods and its dedication to keeping retailers, consumers, and foodservice operators happy and stalk-tiated.

I checked in with Martin Jefferson, Production Manager, to hear more about the current celery market.

“While Duda is only a month and a half into the six-month Salinas celery harvest season, we will be finished planting in the region early, in early August,” Martin began to tell me. “A few of our early fields struggled to make anticipated yield values due to the overly wet conditions that existed February through April when they were established. One notable recent event was a record heatwave around June 10th that saw some scorching of leaves in the outer canopies of some fields. Outside of the aforementioned issues, the 2019 season’s weather has been rather conducive to producing celery in the region.”

Specifically, Martin noted that quality has been great on all celery harvested from the Salinas region. On top of that, volumes are currently similarly aligned with last year’s numbers, with minor increases to meet new customer needs. 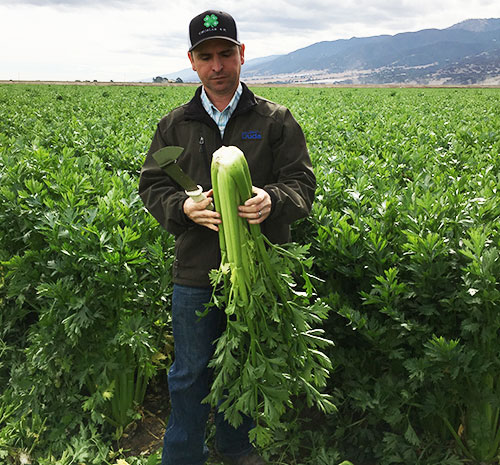 “The celery market has definitely relaxed from previous months as good production from the Salinas area and other regional producers have come online,” Martin continued. “Even with a few regional areas still expected to join in offering seasonal celery for sale, it is expected that the market will remain in flux as there could be some supply strain in August as well as the pending holiday demand.”

On top of this, Martin also disclosed that while prices have come down, they have the possibility of rekindling as August approaches.

To stay ahead of what’s happening in the fields and markets across all categories, stay tuned to AndNowUKnow.