LOS ANGELES, CA - In the month of October, Worldwide Produce, an Alameda-based food distributor, made headlines when it sold a majority stake to Sole Source Capital, a Santa Monica-based private equity firm. To learn more about this deal, I spoke to Joel Montminy, President and CEO of CREO | Montminy & Co. 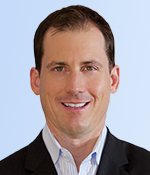 “I had advised the owners of Worldwide Produce on and off for several years on various corporate finance matters and really got to know the business and their personal objectives,” Joel explained to me, noting Worldwide Produce made the decision almost two years back to recapitalize the business sell so it could generate the capital needed to expand both its footprint and product range. “At the same time, they were moving facilities in Los Angeles from a roughly 70,000-square-feet facility into a 150,000-square-foot, state-of-the-art facility, hiring people, expanding their fleet of trucks, and ramping up capital expenditures. So, we collectively decided not to sell the company at that time because they needed to grow into their new facility. This was the right move as it gave Worldwide the appropriate amount of time to ‘right size' into their facility and show investors the true earnings power of the business.” 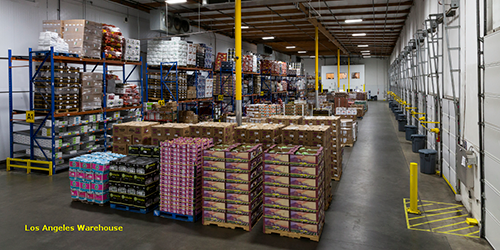 Worldwide Produce, Joel remarked, had been consistently growing and profitable for over 20 years, averaging a double-digit growth rate. As one of the largest produce and dairy distributors in Southern California, it has a year-round supply chain, with suppliers from California, Northwestern United States, Mexico, and South America. Known for partnering with local California farmers and chefs, the distributor has also made a name for itself with its modern fleet of trucks and state-of-the-art facilities.

As the man behind high-profile transactions, such as the merger between Progressive Produce and Total Produce and the sale of Freshko to Encore Consumer Capital, Joel deeply understands the inner machinations of the produce industry and capital markets—and exactly what companies and investors seek in their produce partnerships. 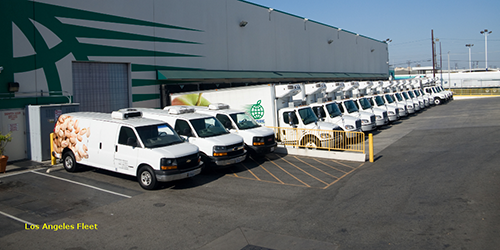 “Worldwide Produce doesn’t have any customer concentration or vendor concentration, which is a plus for investors,” Joel commented. “I think Sole Source saw an opportunity to partner with a strong management team and a consistently growing business in a sector that will perform very well in a recessionary environment. They saw they had capacity to grow in their existing facility, and they also believe that L.A. is a hub of supply and shipping of commodities, and Worldwide is very well positioned for that. The proximity to supply and distribution centers was enticing.”

In addition, Worldwide Produce also has a facility in Las Vegas, a growing market for the distributor. Joel shared that he believes Sole Source will want to use Worldwide as a platform for other acquisitions, bringing those companies into the fold as it builds up its produce distribution business.

CREO | Montminy & Co. specializes in transactions throughout all aspects of the food industry, advising over 100 industry clients to date. This deal marks the firm’s twelfth in the produce industry, and it currently has two more produce deals under letters of intent. As CREO | Montminy & Co. continues to do substantial work with growers, shippers, packers, and distributors, keep reading AndNowUKnow for the latest on mergers, acquisitions, and more.

Montminy & Co. is a boutique investment bank providing middle market clients with the highest level of strategic and...