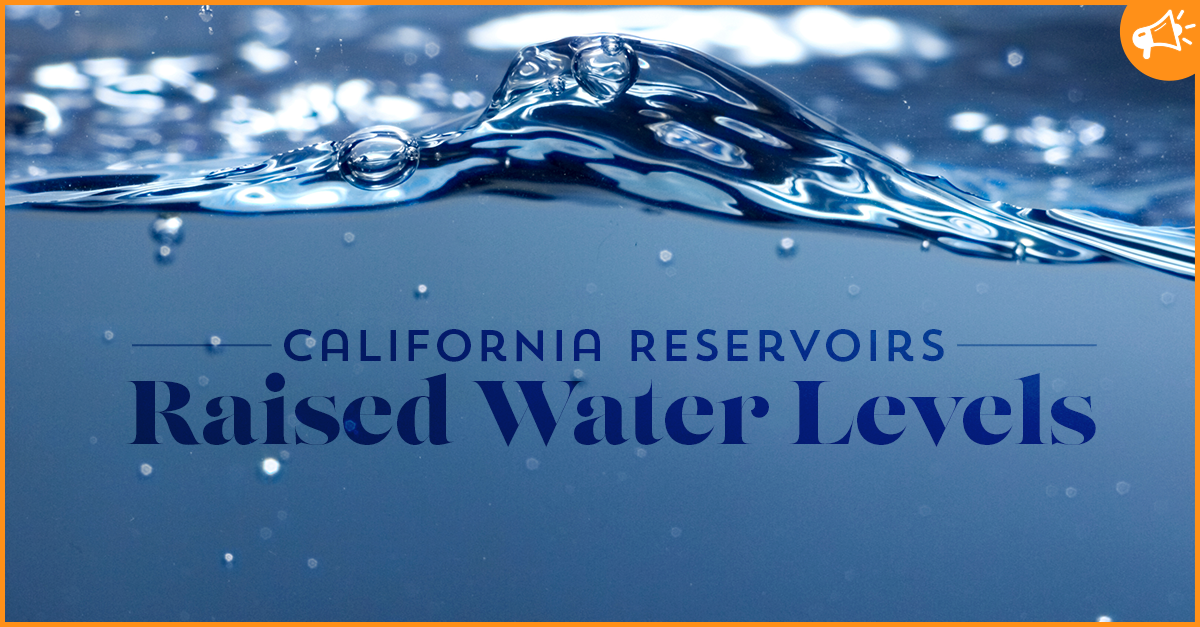 CALIFORNIA - As a resident of the Golden State, I can attest that last weekend’s rains were some for the books, as a bomb cyclone hit the West Coast, causing major downpours. While the storm caused flooding throughout the state, the rain did help California’s reservoirs, which were at historically low levels before the wet weather, moving the needle in the right direction when it comes to overcoming the drought that has been plaguing the state.

Prior to the arrival of the atmospheric river of moisture October 24–25, reservoirs were so low in parts of California that some were shut down. Lake Oroville’s hydroelectric power plant ceased operations due to low water levels. According to the California Department of Water Resources, Lake Oroville is being managed in order to balance storage needs with requirements for Delta outflows, water quality, and public health and safety requirements in an effort to conserve as much storage as possible for the upcoming water year.

Additionally, the Department of Water Resources is currently performing much-needed maintenance on Hyatt Power Plant given the current low lake level. This allows the plant to maintain its reliability and availability for water deliveries and power generation in the upcoming water year. The power plant is anticipated to resume generation in December 2021 as lake elevations allow. 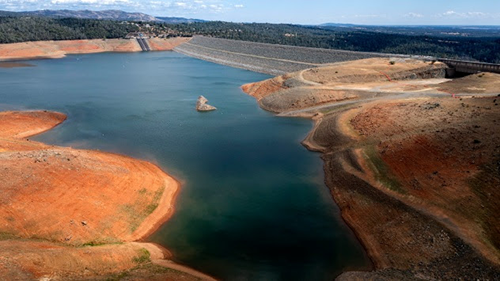 In the wake of the bomb cyclone, Lake Oroville rose 30 feet in just over a week, going from 629 feet above sea level to 659 feet by October 30. Lake Tahoe also received a massive influx of water from the storm, rising to over an inch above its natural rim after falling below that level and keeping it from connecting to its only outlet, the Truckee River.

Many other lakes and reservoirs have seen impressive increases in lake levels, including Folsom Lake which has jumped 19 feet higher, and Lake Shasta, California's largest reservoir, which rose 3 feet.

While these are all positive signs for reservoirs and California’s water supply, there is still a long way to go to ease the drought and water usage concerns which have been playing a pivotal role in the fresh produce industry. Luckily, this coming week will also feature chances of rain and snow along the West Coast, continuing this positive trend. 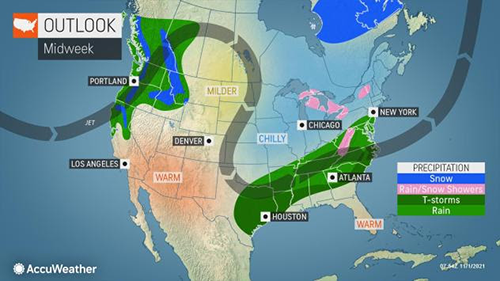 Today could bring the first round of rain and snow as a storm is expected to make its way inland. Measurable rainfall will generally be limited to the San Francisco Bay Area and points north from this storm, leaving the remainder of Central and Southern California dry.

The wet weather will work its way inland throughout the day today, expanding along the Interstate 5 corridor from Northern California up through Washington State.

Rainfall will not be nearly as heavy as the bomb cyclone, but a general .5–2 inches of rain could fall across the coastal ranges of Northern California by the time the storm tapers off and shifts inland on Tuesday morning. 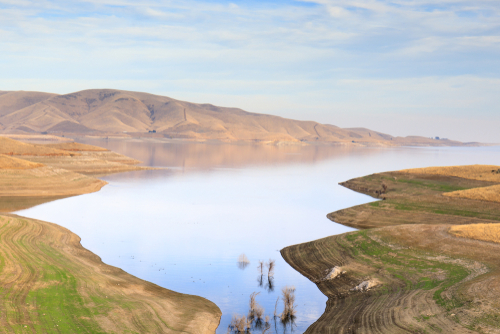 Another storm is then expected to target the West Coast later this week, as a potentially stronger series of wet weather is expected to roll in late Wednesday into Thursday.

This will likely target many of the same areas as the previous storm, generally from Central California and moving up north.

As more updates become available about the storms and their impacts on agricultural operations across California, AndNowUKnow will report.