TORONTO, ONTARIO - The Canadian wholesale distributor landscape is getting a shake up in 2017, as Costco has plans to open its first Costco Wholesale Business Centre north of the border.

“Sometimes we call it internally the Costco retro–we’re going back to our base, back to our roots,” said Marc-André Bally, Vice-President Business Centre for Costco Wholesale Canada, according to Metronews. “It still remains attractive for somebody that has a big family or somebody that is organizing an event, either a BBQ or a soccer mom.”

The new Toronto location is slated to open in March of 2017, according to Torstar News Service. The format is open to all card carrying Costco members, but will be primarily aimed at small-to-medium business owners such as restaurateurs, lawyers, doctors, gym-owners.

“This could devastate some wholesale distributors,” said Bruce Winder, Partner in Toronto-based Retail Advisors Network, according to the Financial Post. 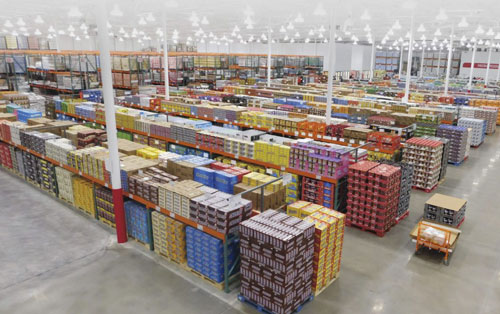 According to Metronews, the format got its foothold in the U.S. three years ago, and has grown to 14 domestic locations. This will be the first Canadian version. The format features a slightly smaller space than the standard format, without ancillary services, but will still offer approximately the same number of products. Additionally, the Business Center will offer unique brands compared to the regular format, with little overlap.

According to the Costco Business Delivery website, in addition to business supplies, the format offers the following fresh departments:

This news comes on the heels of a positive Q1 financial report from Costco. Additionally, the company has announced it will open 31 new locations this year, with 16 in the U.S. and 8 in Canada, among other global locations.