CHICAGO, IL - North American retailers, it’s that time again! As we look ahead to the 2018 Retail Produce Manager Awards program, United Fresh has opened up the nomination process to recognize some of the best minds in the business—those on the front lines of fresh produce.

Jeff Oberman, Vice President, Trade Relations for the United Fresh Produce Association, joins me in the run up to 2018, to discuss the impact of the program and what we can expect this coming year.

“Now in its 14th year, the Retail Produce Manager Awards Program was created to honor those industry members who merchandise and communicate produce before the consumer,” Jeff shares with me. “In today’s marketplace, demand for transparency from consumers has elevated the importance of Produce Managers who can provide insights on produce items, from the growers and farming regions, to the items’ flavor profiles. Produce Managers can also create excitement within their store through merchandising execution and connecting with their community while understanding their customer base.”

This coming year, 25 winners and their corporate retail produce teams will be celebrated by the industry at United Fresh 2018 on June 25-27th, 2018 in Chicago, Illinois. The award winners, along with their corporate produce directors, will receive complimentary show registration, airfare, hotel accommodations, and five grand prize winners will be announced as recipients of an additional $1,000 cash prize. The window for nominations closes on Friday, January 12th, 2018—so don’t put this on the backburner.

“The Retail Produce Manager plays an integral role for increased consumption of fruits and vegetables. Within the store environment, Produce Managers represent a trusted resource by the consumer and can make a huge difference in sales, customer loyalty, and their communities,” Jeff tells me, adding that, each year, the team also looks forward to having these winning Produce Managers share their valuable insights with the industry at United Fresh. “These insights include consumer feedback, merchandising strategies, community outreach, and how they serve as leaders and mentors to their own store-level teams.”

New for 2018, the United Fresh team has developed a new platform to make the nomination process as easy as possible. To learn more about nominating a Produce Manager, just visit www.unitedfresh.org/rma where United Fresh has provided helpful links on the program and elements that make up a successful nomination. When submitting a nomination, the process can be completed easily on a desktop or mobile device and, even better, can be saved, edited and completed later if needed.

“Our new platform also provides an easy way to upload photos, PowerPoints and other documentations that showcase why a Produce Manager represents one of the ‘Best of the Best,’” Jeff adds.

This program has grown from an initial winning class of eight winners in 2005, to the current annual 25 honorees. Over 300 produce managers have been honored, representing more than 100 retail banners, since the program’s inception.

“We are grateful for our program’s sponsor Dole Food Company. They have truly made this program a year-round honor for all past and present winners,” Jeff says. “Dole helped spearhead the concept for in-store visits to all 2017 winners and provided them with monogrammed aprons, hats, signage, and Fitbits to celebrate their honor.”

Dole Food Company, Inc., has been proud to honor the Produce Managers who are driven to make a difference in our industry and the communities in which they live. 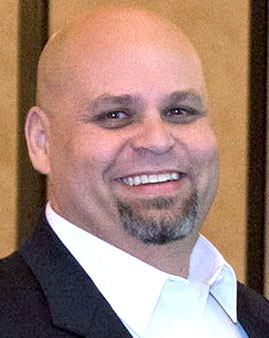 “Dole really loves being part of this program. Not just for the fun and excitement of the actual award event at the show every year, but everything leading up to it and following,” Bil Goldfield, Director Of Corporate Communications for Dole Food Company, tells me. “We truly appreciate getting to meet all of these fantastic produce managers, and hearing their stories of success and passion for what they do in their stores. It’s contagious. It inspires us to make sure we keep giving them the best product to help build their relationships with their shoppers.”

With the nomination process underway, stay tuned to AndNowUKnow as we bring you the latest on the 2018 Retail Produce Manager Awards program.