BENTONVILLE, AR - The robots are taking over! Walmart announced that it is expanding its shelf-scanning robot program to more than 650 of its U.S. stores. According to Bloomberg, this will bring the robotic store fleet up to 1,000, as well as adds to the innovative work Walmart is doing to technologize its brick-and-mortar operations.

Joining the ranks of Walmart’s automated workforce—Bloomberg notes this includes the likes of Alphabot, who collects online grocery orders, as well as bots that unload trucks and scrub floors—the shelf-scanning robots help in-store efficiency by perusing the aisles and alerting store associates of the aisles that need the most restocking attention. 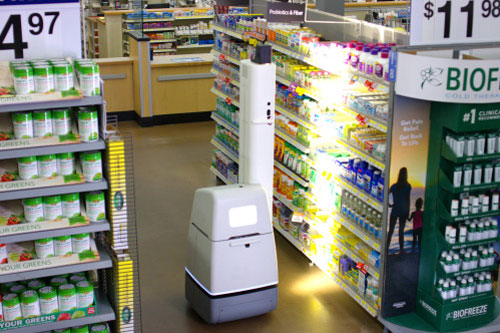 The robots were developed by Bossa Nova Robotics and are a key part of CEO Doug McMillon’s strategy to “reduce costs, improve store performance, and gain credibility as a technology innovator,” Bloomberg reports.

“[The shelf-scanning robots] speed up the entire cycle,” John Crecelius, Senior President of Store Innovations for Walmart, said in an interview, according to Bloomberg, revealing that the bots can “reduce tasks that once took as long as two weeks into a twice-daily routine.”

When will Walmart’s robotic fleet roll out to the entirety of its store footprint? AndNowUKnow will continue to follow all leads.