PERTH, AUSTRALIA - The Land Down Under is becoming a Costco-forward locale as the big-box retailer furthers its Australia expansion efforts. This week, Costco announced that it will be opening a new store in a seemingly untapped market for it: Perth, Australia. 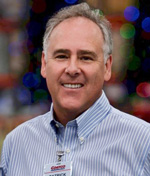 “We’re looking at opening and starting negotiations with as many local suppliers as possible. Our buying teams have already been in Perth a couple of times and had some discussions with a large number of suppliers,” said Patrick Noone, Managing Director, Costco Australia, said to the The West Australian. “We already have several thousand Perth members that shop at Costco on the east coast, so we know that there’s a degree of competition that we can introduce to the market.”

“The construction by Georgiou is going very quickly, very professionally. We’re very pleased with it,” Noone continued. “We’re confident our prices will be as good or better than anything else in the local retailer."

For more of the latest retail expansions as they happen across the world, stay right here with AndNowUKnow.