BRUSSELS - The European Union officially filed action against Google yesterday on the grounds that it intentionally diverts search traffic away from competitors to favor its own products and services, shopping websites in particular. 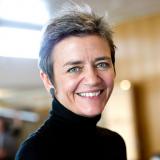 “If the investigation confirmed our concerns, Google would have to face the legal consequences and change the way it does business in Europe,” Margrethe Vestager, European Union Competition Commissioner, said in a New York Times report.

But isn’t the promotion of your own product against your competitor's just practicing good business?

This is not the first time Google has been questioned for possible antitrust violations, having been investigated by the Federal Trade Commission in 2013, which was closed without any action taken against the company. Google has also faced complaints from big tech businesses like Microsoft and TripAdvisor.

But still no formal reprimands have come to light saying that anything Google has done is illegal, and the promotion of its own products through selective placement makes sense per traditional business practices. The company did, in fact, release a statement defending its position, arguing that consumers actually have more choices than ever before.

“While Google may be the most used search engine, people can now find and access information in numerous different ways—and allegations of harm, for consumers and competitors, have proved to be wide of the mark,” the company stated on its official blog site.

On the E.U.’s side this is a question of antitrust law violations, but on the other hand is common business practices of promoting your own products before your competitors. And it appears the line is how successful that business becomes.

“Smartphones, tablets, and similar devices play an increasing role in many people’s daily lives,” Vestager continued. “I want to make sure the markets in this area can flourish without anti competitive constraints imposed by any company.”

According to the New York Times, the Commission also intends to step up a separate investigation into whether or not Android makers face contractual agreements to place Google-branded mobile applications in prime locations on devices.

Google did address this issue in a separate post, according to the New York Times, stating that any partnerships that use Google’s Android operating system (about 81 percent of the world’s market share in operating systems for cell phone makers) are voluntary, offering benefits to manufacturers and consumers alike.

Where this legal action goes could call into question a precedent for a business promoting its own products. Is there a ceiling to the amount of success a business can experience before concerns of market power come in to play? Or will this, like the previous investigation, be just another hiccup in being one of the largest names on the web?

Stay tuned to AndNowUKnow as this story continues to develops.