WASHINGTON, DC - All eyes have been on California’s raging wildfires in the past few weeks as flames continue to burn land across the state. And with those eyes come plenty of questions about where the responsibility for prevention efforts lie. A new farm bill now in front of Congress would shift that responsibility to allow the Department of Agriculture to take action by implementing controlled burns or removing dead wood. U.S. Secretary of Agriculture Sonny Perdue sat down in a recent interview with NPR to clarify what the new farm bill would mean for California’s wildfires and our industry.

“Well, there will be extra money [for forest management] in the farm bill,” Perdue clarified when asked abou previous erroneous reports that the federal government would provide a lump sum to California’s wildfire prevention efforts. In year’s past, the Forest Service would have to dig into their park spending budgets to fund firefighting and fire prevention.

The change, “only takes effect in the fiscal year 2020, which begins next October 1,” Perdue continued. “If it gives us the authority to do what are common-sense measures in defensible spaces, protecting the urban-rural-forest interface there, structures and loss of life, we can prioritize those. Heretofore, we've been really litigated into paralysis about being able to do the common-sense thinning and underbrush cleaning that needs to happen to prevent these amazing, awesome forest fires.”

Perdue noted that much of the litigation he referred to was from groups that believe the forest clearing would go too far, then clarified that the government is mainly looking to keep forests “well-groomed.” 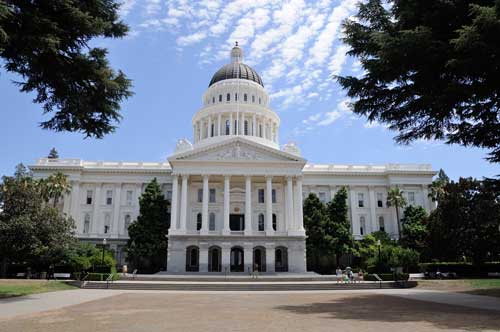 As we’ve previously reported, the current farm bill sets out to tackle many topics related to both California and nationwide fresh produce. Included in the bill is continued funding for the specialty crop research, new funding in the fight against citrus greening, continued support of export programs, as well as support for both the Supplemental Nutrition Assistance Program (SNAP) and Food Insecurity Nutrition Incentive (FINI) program, which allow additional access to fresh produce for low income and food insecure families.

AndNowUKnow will continue to share the latest on the developing farm bill and California’s ongoing struggle with wildfires.