BENTONVILLE, AR - Walmart is losing one of its top marketing mavens, Barbara Messing. According to news source AdAge, Messing is departing the Chief Marketing Officer position, effective August 30. In the interim, Walmart is tapping the marketing prowess of former Target and DreamWorks Chief Marketer Michael Francis. 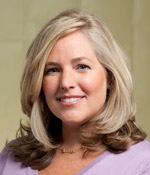 “It's been an incredible experience leading U.S. marketing at Walmart, but I'm happy to announce that we are moving back to the Bay Area!” Messing announced in a LinkedIn post. “I'm really proud of everything we've accomplished—we've had an amazing year, and it's truly been a pleasure working with so many wonderful associates and business partners. Thank you and all the best to my team, the leadership, our agencies, and the entire Walmart family.”

Messing first joined Walmart’s team in August of 2018. Prior to working for the retailer, she served as Chief Marketing Officer for TripAdvisor. According to AdAge, Janey Whiteside, the Chief Customer Officer that Messing reported to, attributed “memorable and effective creative campaigns that reached our customers in new and unexpected ways” to Messing, as noted in an internal memo. 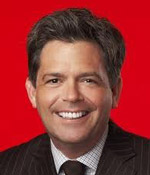 Currently, Walmart has no one slated to fill the CMO post. With Messing leaving, the retail giant is also shaking up its marketing team even further. According to that internal memo, in addition to a new CMO, Walmart is also looking for a Senior Vice President of Retail Marketing to lead a newly created team under the CMO. To support this move during the search for a new Chief, Michael Francis, who has consulted for Walmart since 2015, will join Walmart’s roster to “guide” the Retail Marketing team.

In the last year or so, Walmart has made a series of moves to strengthen its leadership and optimize its operations. The latest marketing team reshuffle furthers this endeavor—but what exactly is the retail behemoth aiming for? As soon as it hits the newswires, ANUK will let you know.