PHARR, TX - Certain onions aren’t the only reason for tears in the produce industry as news of an attempted drug operation surfaced on the newswire recently. Thankfully, the attempt was thwarted by the U.S. Customs and Border Protection (CBP). The Office of Field Operations (OFO) at the Pharr International Bridge cargo facility intercepted 1,527 pounds of alleged methamphetamine valued at $30,556,000 that was being smuggled in a commercial tractor/trailer hauling fresh onions from Mexico.

“This is certainly a substantial amount of methamphetamine that won’t make its final destination in the U.S., and seizing these harmful narcotics will most definitely help keep our communities safer,” said Port Director Carlos Rodriguez, Port of Hidalgo/Pharr/Anzalduas.

On July 9, 2020, a tractor/trailer that contained a commercial shipment of fresh onions from Guadalupe, Nuevo Leon, Mexico arrived at the Pharr-Reynosa International Bridge cargo facility. A CBP officer referred the shipment for further inspection which included the utilization of non-intrusive imaging (NII) technology. 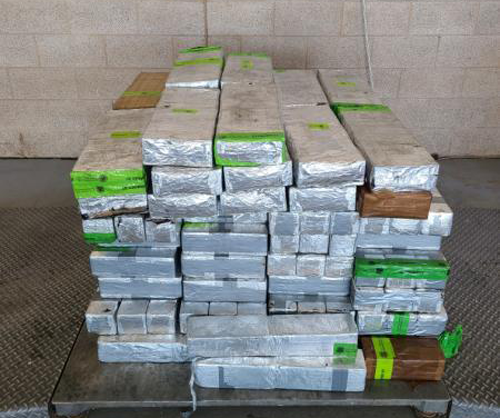 According to the report, officers discovered 221 packages of alleged methamphetamine weighing 1,527.20 pounds (693 kg) concealed within the roof of the trailer after physically inspecting the entire conveyance.

Officials seized the narcotics, the 1988 Volvo tractor and 2010 Utility trailer, and arrested the driver. Agents with Homeland Security Investigations (HSI) are continuing the investigation.

We at ANUK thank the CBP and the OFO for keeping our country and produce safe from those intending harm.