CINCINNATI, OH - Keith G. Dailey, a longtime Kroger executive, is moving up in the ranks of the retailer. After first joining Kroger in 2011 as its Chief Spokesperson and Director of Communications, and subsequently going through a few exciting promotions, Dailey will now be succeeding Jessica Adelman as Kroger’s Group Vice President of Corporate Affairs. 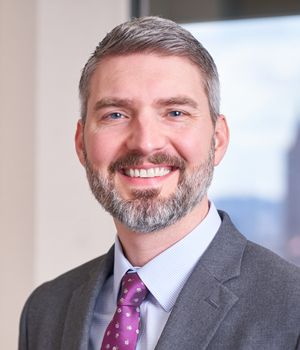 "As a key architect of Zero Hunger | Zero Waste, Keith's strategic and inclusive leadership has advanced Kroger's position as a national thought leader and authentic advocate for ending hunger, eliminating waste, and other social impact initiatives," said Rodney McMullen, Chairman and CEO. "He combines broad public affairs experience with knowledge of Kroger's corporate character and belief that business can be a force for good."

With nearly 20 years of public affairs experience, including a decade in electoral politics and government, Dailey brings a wealth of experience to his new role. After joining Kroger in 2011, Dailey was promoted in 2016 to the position of Senior Director of External Affairs, after assuming responsibility for government relations, policy, and advocacy, according to a press release. He was then promoted to Senior Director of Corporate Affairs in 2017 after also assuming responsibility for associate communications and engagement. In 2018, he assumed his most recent role of Vice President of Corporate Affairs.

Dailey serves on the boards of the Center for Food Integrity and Cincinnati Regional Business Committee. He earned a dual bachelor's degree in Philosophy and Politics and Government from Ohio Wesleyan University.

Congratulations to Keith G. Dailey on his latest promotion!