MONTREAL, QUEBEC – In a move that will nearly double the retailer’s store count, Canadian grocer Metro Inc. announced that it has made a formal offer to acquire the Jean Coutu Group. Metro announced the proposed acquisition in a statement released Monday, October 2nd. The proposed transaction would see Metro paying approximately $24.50 per share in a C$4.5 billion ($3.6 billion USD) transaction.

"We're honored to become the steward of the iconic Jean Coutu Group brand and we intend to build on this exceptional legacy," said Eric R. La Flèche, President and Chief Executive Officer of Metro, in a press release. "This transaction is attractive and compelling from a financial and commercial perspective. It is a unique opportunity to bring together each company's expertise to better serve the growing consumer demand for healthier choices, value, and convenience. The Jean Coutu Group's extensive retail network and state-of-the-art distribution center will provide us with increased scale and reach, operational efficiencies, and enhanced growth potential. We look forward to having Jean Coutu Group shareholders become important METRO shareholders."

Under the terms of the Transaction, Jean Coutu Group shareholders will receive an aggregate consideration which will consist of 75 percent in cash and 25 percent in METRO common shares. The two companies expect the deal to produce $75 million in synergies in the next three years—with a slate of cost-cutting initiatives including shared warehouses, an expanded online presence for each chain, and the eventual cross-selling of products. 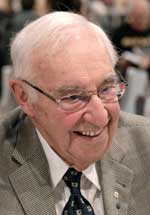 "Bringing together our two highly-respected and longstanding Québec brands represents an exciting milestone in the history of the Jean Coutu Group," said Jean Coutu, Chairman of the Jean Coutu Group. "I am confident that this combination will ensure the safeguard of our entrepreneurial vision and corporate values as well as the perennial strength of the brand and will enable us to pursue our growth plan.”

François J. Coutu, President and Chief Executive Officer of the Jean Coutu Group, added, "The strategic and commercial fit between the two companies and their retail networks represents an opportunity for continued growth; it will consolidate our position as the leading destination for professional services, health, beauty, and wellness with a network comprised of more than 675 independent stores. This transaction also represents an opportunity for our shareholders to realize significant and immediate value while providing them the opportunity to participate in the future upside through continued ownership in the combined entity." 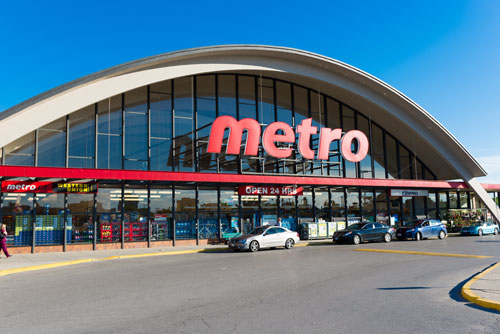 Combined, the two companies expect to generate approximately $16 billion in revenue, over $1.3 billion in EBITDA, and $500 million in free cash flow, including those $75 million in expected synergies within three years.

For more details, read Metro’s statement in its entirety, here.