BENSON, NC - What does it take to spark a progressive vision and propel that mission into a 60-year legacy? Dedication and tenacity. These words carry both intention and passion and describe the effort and commitment that has carried the North Carolina (NC) SweetPotato Commission into its 60th-anniversary year kicking off today, June 30, 2021. 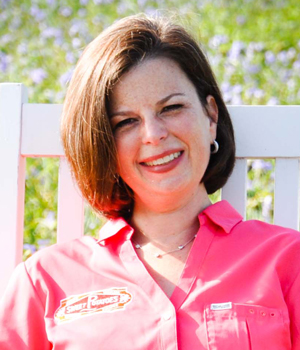 “We never give up and never accept no. This is the attitude and motto of each of our members and, certainly, the commission’s as we represent this category and our industry. All farmers are heroes—no matter what their commodity of focus may be. They feed and clothe this country as well as produce enough for many others! The North Carolina sweetpotato farmers exemplify such a statement as they are one of the nation’s largest producers of our favorite superfood,” Executive Director Michelle Grainger tells me. “They have persevered through some challenging times, but have never given up. In fact, they have improved and increased their production, storage, and distribution capabilities—including exporting to over 39 countries in the last decade!”

As the NC SweetPotato Commission ramps up its 60th year in operation, the team has celebrations planned, both big and small, that will take the fresh produce industry through the next 12 months. As Michelle shares, 60 years is simply too big of a milestone to just celebrate in the month of June alone.

“To commemorate the milestone, we are unveiling our anniversary logo and a local birthday party for Spencer Sweetpotato, our beloved mascot kicking off on June 30,” she reveals, noting that the commission will also be posting special shoutouts from well-known sweetpotato fans on social media through the organization’s Facebook and Instagram pages.

These shoutouts include those from fans such as Kristi Yamaguchi, Ted Nugent, Andrew Zimmern, and even David Hasselhoff! 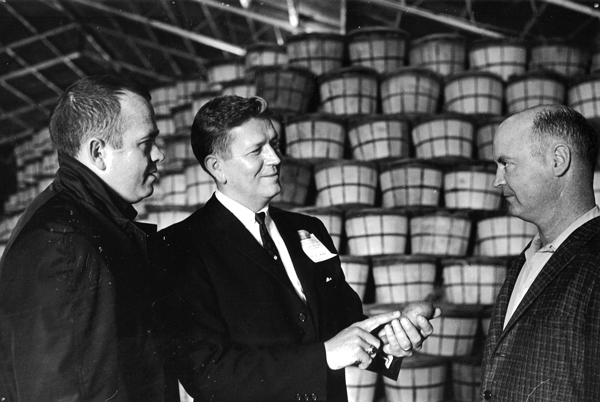 In order to create opportunities for everyone from the trade to the consumer, the commission is planning for a host of fun and engaging experiences throughout 2021 and beyond. In particular, the team will be sharing the message that sweetpotato is one word!

“The North Carolina SweetPotato Commission deliberately spells sweetpotato as one word unless directly quoting a source where it is spelled as two words,” Michelle exclaims. “The one-word spelling was officially adopted by the National Sweetpotato Collaborators in 1989. Our birthday wish is that, as we go into the next 60 years and beyond, our beloved trade friends and consumers will join us in using the scientific one-word spelling of our state vegetable, the North Carolina Sweetpotato!”

The NC SweetPotato Commission story is one rooted in dedication and ingenuity. Based on the vision of six agricultural leaders who saw an opportunity to utilize and leverage the many resources that are unique to North Carolina, where the foundation of this commission was built. 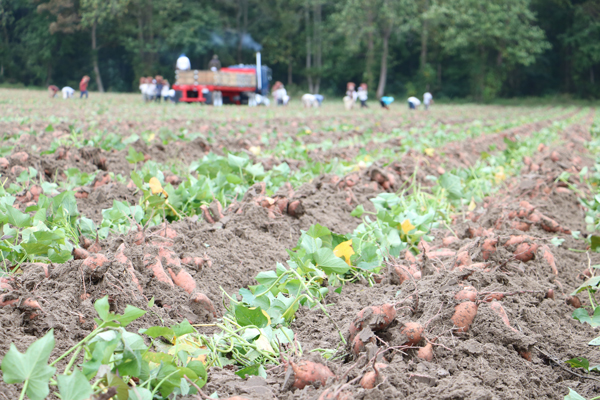 “The commission has taken the vision of these farmers and continued to build upon it year after year. Most importantly, such a legacy requires the willingness to work together and to collaborate—whether that be growers working with growers, growers working with research institutions, the commission having strong relationships with the department of agriculture, farm bureau, or the state’s research institutions,” Michelle expresses, adding that the team has a special ecosystem within the category, one that, in combination with the tenacious visionaries and leaders of the industry, has enabled the group to experience the level of success that it has had over the last 60 years. “We are grateful to all those who helped us get to where we are today; we feel that they would be quite pleased with where we are headed.”

With such exciting times already upon us and so much to look forward to, please stay tuned to AndNowUKnow as we travel this anniversary road with the North Carolina SweetPotato Commission and all it has in store in 2021 and beyond.