SACRAMENTO, CA - While it’s a sad day to be a California native (49ers or bust!), it’s an excellent day to be a produce marketing maven. Last night, some of the biggest names across all industries put their best advertisements forward, leaving many in the business—including us trade news writers—to have a handful of notes on what to cop, what to not, and overall how to expand the reach of fresh fruits and vegetables via any and all channels of marketing.

The big-name grocer teased its Big Game debut prior to Sunday, adding to the Super Bowl excitement in more ways than one. And even though Walmart’s ad was a play on a previous campaign, its spot in this year’s Big Game lineup was still an impactful introduction of where grocery retail is heading—because the future is now! 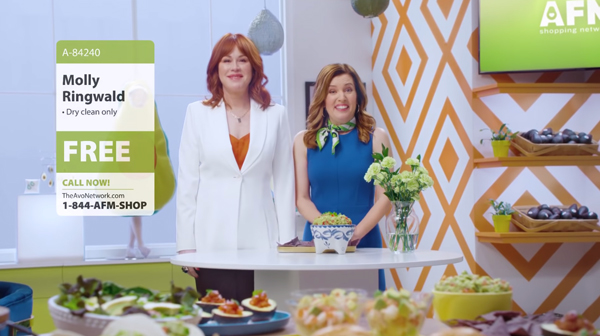 Have we ever laughed this hard at fresh produce? Avocados From Mexico came right out of the chute on game day with an advertisement to remember. While the company had also teased its Super Bowl campaign prior to Sunday, there’s nothing like seeing the real deal. Avocados From Mexico reminded us in the industry that sometimes the quickest way to connect with consumers is through their funny bones—a trick we made sure to jot down.

The chocolate bar brand was another company to rely on humor to stay impressionable in consumers’ minds. With a song we here at ANUK were still singing into the wee hours of this here Monday, Snickers’ campaign could easily be adopted for the fresh produce industry—as we all know in the industry that the only way to fix the world is through the power of fresh produce.

Okay, humor is obviously one of the biggest stand-out marketing strategies each and every Super Bowl. Knowing this, Amazon didn’t just utilize humor to advocate for its Alexa innovation, but wielded one of comedy’s funniest patrons to its advantage. Celebrity power couple Ellen DeGeneres and Portia de Rossi reminded us that when in doubt, Hollywood it out—there’s nothing like reminding consumers to think of fresh produce or grocery enhancements when they see their favorite celeb in the news. 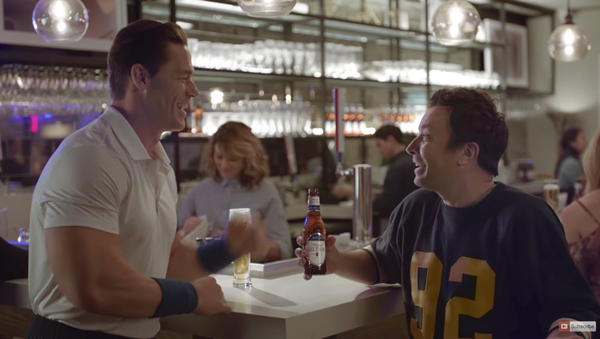 Is John Cena a national treasure? For us K-Pop fans, yes. For Jimmy Fallon after that excruciating workout with the wrestling champ turned actor? It’s hard to say—but it isn’t hard to say that Michelob ULTRA’s campaign featuring both familiar-faced powerhouses and then some was another stand-out in this year’s advertisement lineup.

Last but certainly not least, Jeep is rounding out our list because we couldn’t help but circle nostalgia several times after watching the car company’s campaign featuring Bill Murray reprising his role from the beloved film Groundhog Day. All generations—no matter the stereotypes you might have heard—are sentimental messes, so all we could say after Jeep’s ad aired was, “Well played, Jeep. Well played.”

All right, penning this list was actually helpful in reviving us from the Niners loss. We're ready to get back to work on pumping up the prowess and the reach of fresh produce—and based off this morning's newswire, we'd say a few of you are as well. Here's to another year of produce marketing excellence and another season of a California team making it to the Super Bowl!