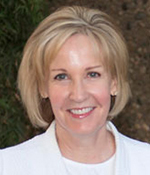 “The commercials are vibrant and lighthearted and in a simple way communicate grapes’ centrality in snacking and heart health while reinforcing that the best grapes are grown in California,” said Kathleen Nave, President of the CTGC, which fields the grower-funded campaign.

The visually appealing and breathtaking animation is sure to stop consumers in their tracks—I certainly watched them more than once! Airing now in the U.S. on cable television, each commercial focuses on one of three key grape-oriented messages: California origin, snacking, or health. In the U.S., the commercials also run on social media and on a variety of online content providers.

According to the press release, consumers in key export markets will see the commercials in a variety of venues. In South Korea, the commercials will be shown on digital screens in subway stations, malls, and surrounding outdoor areas.

In this digital age, social media is a formidable battleground to garner consumers’ attention, and CTGC certainly has a firm foothold in the space. One can only imagine how the arena will continue to transform.