CHILE – The shores of Chile were rocked with a weighty 7.1 magnitude earthquake earlier this week. Originating offshore about 85 miles from Santiago, the quake caused tremors that were felt all the way to the country’s capital but did not cause any long-lasting effects. 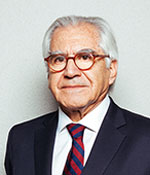 "We have no reports of victims or significant damage. There have been some landslides in some places, without major complications," said Interior Minister Mario Fernandez, according to The Telegraph.

The quake was centered 22 miles west of Valparaiso off the coast of Chile. The US Geological Survey stated that the phenomenon was a shallow earthquake, occurring at 6.2 miles below sea level. 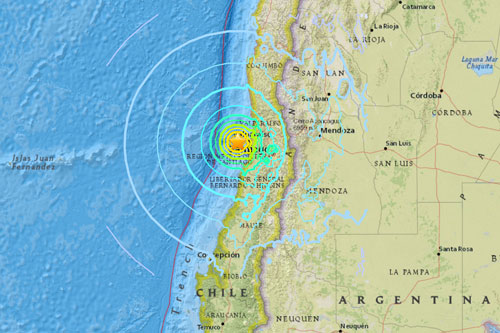 Though authorities sounded the tsunami alarm at the earthquake’s onset, a tsunami warning was quickly canceled as the Chilean Navy and Pacific Tsunami Warning Centre did not expect any threatening waves. The Centre reported only small tsunami waves around half a foot tall.

Though an earthquake of this size falls under the “major” category, the offshore origin point of this earthquake downplayed any serious effects. There were several afterstocks after the initial tremor that were also felt in Santiago, including two that registered 5.0 and 5.4 magnitudes.

Valparaiso and its surrounding regions have reported no structural damage or traffic delays as a result of the quake.