“This is the time of year when people are naturally buying more celery to enjoy while tailgating, so we wanted to offer something special to football fans—tickets to the Big Game,” said Dan Duda, President of Duda Farm Fresh Foods. “We created this unique promotion to inspire thousands to try the superior quality and flavor of Dandy Celery, and we know that once they try them, they’ll be back!”

The Celery and Blue Cheese Snack Cup was developed through a partnership with Litehouse® Foods. According to a press release, the new snacking flavor will be available from November through January to coincide with football season, and offers a more convenient and healthy option to tailgating and football parties. 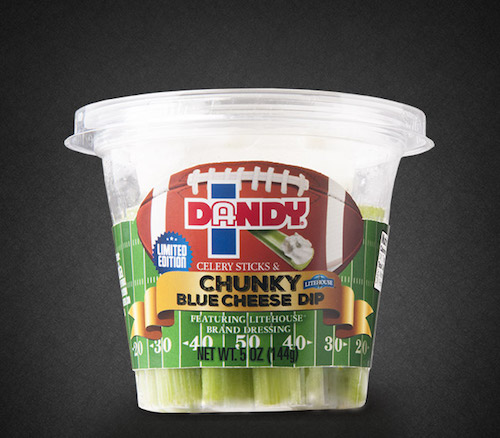 To further repeat purchases and consumer engagement, each limited edition Snack Cup will also hold sweepstakes information. Consumers will have the chance to enter to win a $1,000 Visa gift card, and two tickets to the Super Bowl on February 5, 2017.

The limited edition flavor will run in tandem with the Dandy brand’s Dip It 2 Win It! consumer promotion, which furthers snacking celery sales during a heavy consumption period. Duda Farm Fresh Foods stated that football season is the busiest snacking timeframe during the year. 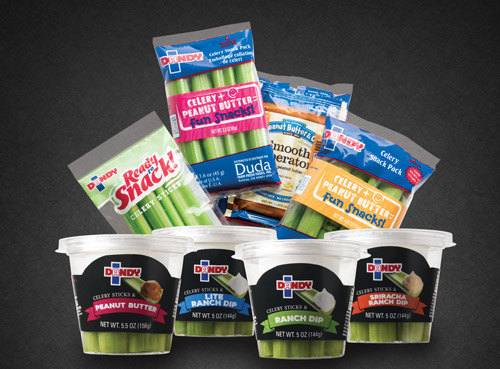 The company stated that its Dandy Celery Snack Cup line has been cultivated with consumer data in mind, which states that millennials snack three times a day and more than any other generation. Millennial parents also choose convenient and on-the-go snack options as their preferred option.