MONTEREY, CA - Following a year of not only new challenges, but new triumphs as well, leaders from three well-known produce companies came together to discuss the future of the organic industry at this year’s Organic Grower Summit Roundtable. The event was moderated by Dave Puglia, President and CEO of Western Growers Association, and featured Bruce Taylor, President of Taylor Farms/Earthbound Farm; Soren Bjorn, President of Driscoll’s of the Americas; and Vic Smith, President of JV Smith Companies. The discussion premiered December 9, which can be found here. 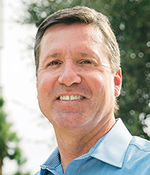 One of the main focuses of the conversation, and the topic that Puglia began the discussion with, was the effects that the pandemic and ensuing challenges of this year had on the industry, as well as how those impacts would play out in 2021.

Smith was the first to answer, sharing that his company had seen several months of “extreme anxiety” following the start of the coronavirus, but as months went on it was able to transition its business to adjust to the lack of foodservice demand and the increase in retail demand.

Also facing challenges due to the changing foodservice landscape was Taylor and his company, which watched as both foodservice and deli demand dropped to almost nothing, but was offset in part by the retail boom. 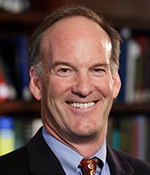 “The quick-service restaurants consume quite a bit of iceberg lettuce,” explained Taylor. “And so the demand pattern shifted. … We’re going, ‘Oh, what the heck? What do we do now with all this product?’ And so we had about a $70 million pile of vegetables out there to work through in a 10-week period of time. And our team did a nice job doing it—but that was a huge challenge. And so even today, the challenge is, what do I plant?”

Like his fellow leaders, Bjorn also explained the worry that set in at the start of the pandemic, but also the steady adjustment to the shifting market. 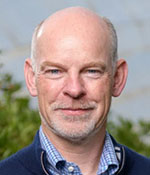 “We were throwing berries away in April, but by the time we got into the summer, it’s been really, really strong,” explained Bjorn, who went on to note that for 2021, Driscoll’s volume will be influenced by the choices made last spring when outlook didn’t seem as large. “We were not very aggressive back in April in our thinking, and that’s probably going to come back to haunt us a little bit in 2021. There’s really nothing we can do to increase the supply for next year. Ideally, we would have, but that should make for, I suspect, pretty good markets in 2021.”

As Puglia transitioned away from the challenges posed by COVID-19 on the industry, he shifted to the future outlook of the organics sector and the evolution of the category over the years.

Taylor and Bjorn both agreed that large-scale organic farming is critical for meeting consumer demand as time has gone on, and as a way to maintain an economically viable business.

“It takes large-scale agriculture in many cases to create those economies that can then reduce the price and increase the availability to people across the country,” said Taylor.

Bjorn went on to note the need for larger companies to increase availability for shoppers everywhere as they look to form healthier ways of living.

“If you don’t have the larger companies like ours… [organics] won’t be widely available. It will be for the few,” commented Bjorn. “We think that it should be for the masses. And clearly the consumers are very clear—they want it to be for them. … They want organic to be part of a healthy lifestyle. And in the berries, it’s growing way faster than conventional—probably three or four times faster.” 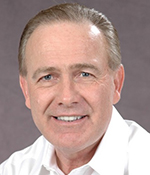 Smith said he’s seen organic agriculture have a positive influence on conventional operations. “[It] taught us we’re putting a lot more fertilizer in the ground than I think we need because we were growing head lettuce using 140 units or 200 units of nitrogen for conventional. And we’re over there spoon-feeding this stuff in organic—not getting the full size but pretty close at about 80 units. And you go, ‘Wait a minute, do we need to use that much [in our conventional operations]?’ So, I think it was a good perspective for us to understand what we were doing and how.”

Taylor agreed with the sentiment, and touched on the influence that organics were having outside of the U.S.

“In Europe, the difference is very small; now, from what I understand, between organic and conventional [in terms of] respect for the soil and, just like you said, the different tools you use and the way you go about it,” explained Taylor.

Taking pride in the organic growers who work with Driscoll’s, Bjorn praised the practices of the farmers.

“Our best organic growers are our best growers. Period,” said Bjorn. “[They’ve] really got to pay attention, and it just makes them better growers,” he said. “And so, yeah, for sure, they take that back to their conventional practices. And so you see a lot more blending.”

While organics have seen a continued rise in not only popularity, but as an integral part of many fresh produce companies, the three leaders agree that that the rise of indoor growing could pose potential challenges for the sector.

“The coming competition to organic is indoor grown—whether it’s greenhouse or vertical farming—and the attraction there is local,” said Taylor. “You’ve got this huge amount of capital going into building greenhouses around the United States. And there’s no organic protocol. … There’s no standards that they need to adhere to. It’s just they go to market as local, and the consumer prefers local over organic. … And so that’s just something to keep our eyes on.”

Adding to Taylor’s sentiments, Bjorn discussed not only the economics of organic farming and indoor farming, but the costs associated with transportation. He shared that Driscoll’s had gone so far as to start chartering planes to get berries to the Middle East due to the pandemic, which has been a costly endeavor. With freight prices so high, indoor farming seems like a cost-effective practice for such areas. He also brought up oil organic regulations, and the risk of bacterial contamination as other reasons to consider indoor farming. 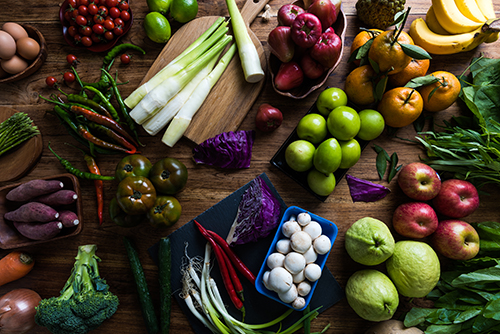 “We [at Driscoll’s] obviously look at it as an opportunity because we have put some money into it. … We recently announced that we are doing a partnership with Plenty, an indoor farming company out of San Francisco. … When you look at the economics of indoor farming, you have these drivers—just like you have when you’re farming outdoors—the drivers of the economics,” explained Bjorn. “And so obviously transportation is a big, big factor, right? So in leafy greens, sometimes the freight is more than the leafy greens. But if you eliminate the freight, we [save] that money.”

Bjorn also discussed the usage of pesticides and the perception of organics as more local produce and how indoor farming incorporates both of these ideas.

“Well, indoor farming addresses both of those issues because it will be super local—you can stick the farm right next to where all the people are. … And you don’t use any pesticides inside. So the very thing that makes organics such an attractive business, the indoor farming actually addresses,” commented Bjorn.

“I’m biased because I do a lot of growing in Western soils. And I look at [indoor farming], and I just can’t see in the next 20 years how they’re going to beat the efficiency factor that we have,” Smith said. He then went on to cite electric trucks as the way to combat a surge in oil prices.

The end of the session brought a question from Puglia in regards to whether the leaders were bullish or bearish on the future of organics 10–20 years from now.

Bjorn agreed with Smith, taking a bullish stance without any hesitation.

“I’m definitely bullish,” said Bjorn. “I think this is where consumers want to go. And it’s always good advice to follow the consumer if you want to be in business.”

Cautiously optimistic, Taylor strayed toward bullish in regards to potential for the future of organics.

“To the extent … the organic industry can produce product that tastes great, [it’ll] thrive,” he said. “But [it is] threatened by others that are pushing the taste envelope and the quality characteristics,” Taylor explained.

How will these predictions from the three leaders play out for the future of organics? We here at AndNowUKnow look forward to finding out.