CANADA - Just last week, we received word that Empire Company, the parent company of Sobeys, planned to expand its Farm Boy banner by building ten new locations within the next two years. On Thursday, however, the company released even more news during its second quarter conference call. Sobeys President and CEO, Michael Medline, detailed an exciting new partnership with the tech giant Ocado, in which Empire will utilize the new Voilà e-commerce solution. From fulfillment to robotics, Ocado is shaping up to be one of the leading technology providers in grocery. 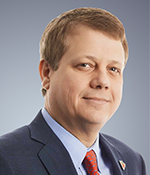 “I wanted to talk about Voilà, our game-changing e-commerce solution,” said Medline. “While most players in the industry are focused on inefficient store pick models to fulfill their online orders, we are building automated warehouses powered by Ocado’s world-leading grocery technology. We'll be able to provide customers with convenient, short delivery windows beginning early in the morning and running until late in the evening.” 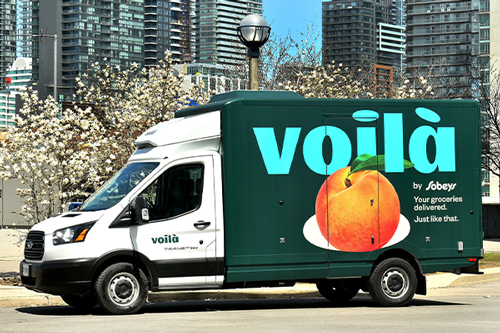 The Voilà technology will be rolled out in phases. First, it will be implemented across Toronto in the spring, following the initiation of a new customer fulfillment center (CFC). Phase two will roll out in 2021, allowing the Voilà technology to reach customers in Ottawa and Quebec via the delivery service IGA.

“This is the only e-commerce model that, at scale, will eventually allow us to profitably deliver an expanded assortment of groceries to over 75 percent of the Canadian population with only four CFCs,” Medline said. “While our focus is on home delivery, we can also do click-and-collect source out of the CFCs.”

In addition to this new partnership, Empire is further utilizing its Farm Boy banner in order to build out expansion. With the additional ten locations, the Farm Boy store count will rise to 37. 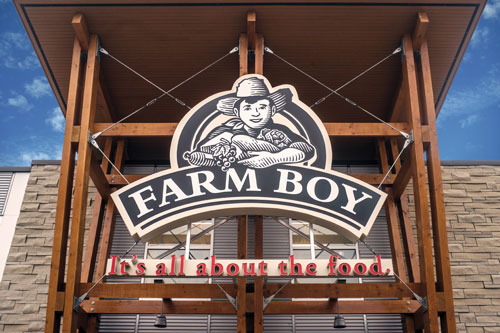 “Farm Boy has been part of the Empire family for just about a year now and continues to deliver on its industry-leading operational and customer metrics. It is outperforming all of our expectations,” Medline continued. “The Farm Boy store count will grow in a mix of urban and suburban communities, with diverse store sizes and formats to fit the needs of local customers.”

According to the earnings call, this expansion is the company’s effort to win shares in the urban Ontario market that have previously been “underpenetrated.” If all goes according to plan, the expansion will double the Farm Boy business within the next five years.

What more will the company do to push out its influence? Keep reading AndNowUKnow as we report on all things grocery.